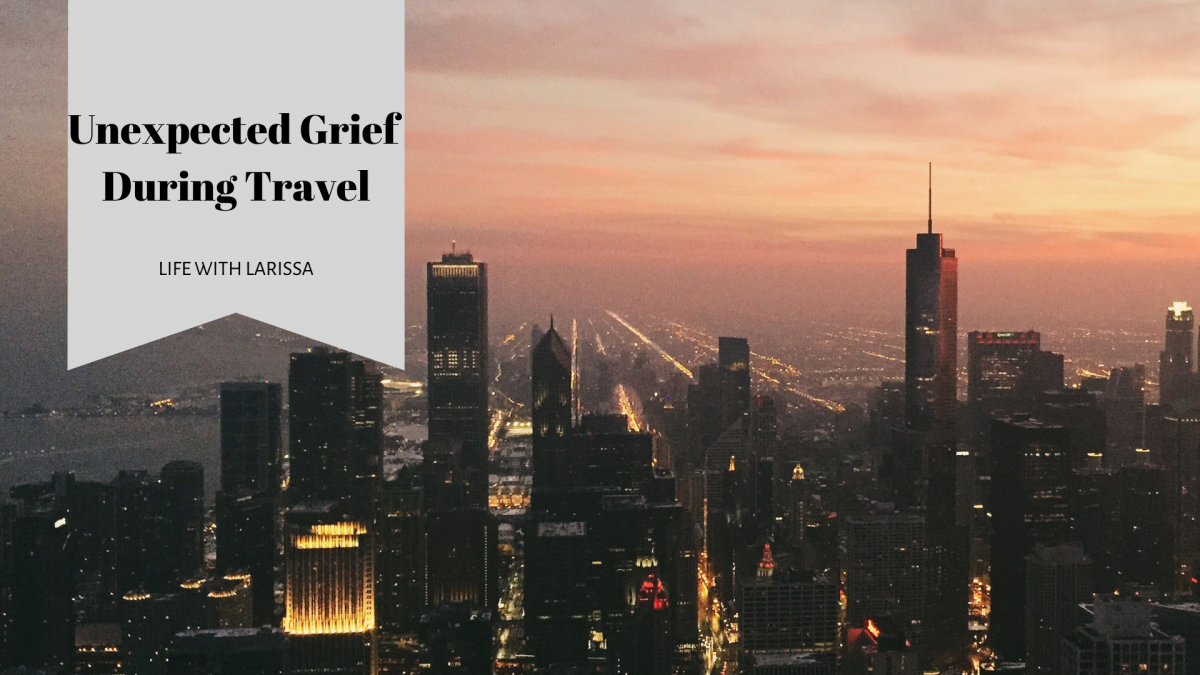 Grief is not something we human like to talk about. It makes us uncomfortable, and if we’re the ones sharing, we hesitate because we don’t want to make others feel uncomfortable. At least, I know that’s the case for me. If you didn’t know, I am the middle child in my family. I have an older brother and a younger sister. Or should I say, I had an older brother. In November of 2015, my brother passed away unexpectedly. A lot of what happened that night and the following few weeks are a blur. Death in general is devastating – no one tells a family how to function when they lose their 25 year old son and brother. As time goes on, grief comes in waves. Sometimes it’s expected; sometimes it’s not. Today, I’m sharing my stories of unexpected grief during travel.

The first trip I went on after my brother passed was a study abroad trip with my alma mater. It was an alumni and friends trip, included current students, professors, and alumni. Aside from the professors, I knew one person on the trip. We swam together while I attended Campbell, and we’re close friends. She knew about my brother.

Our first stop was Germany, and while in our first city a few of us went out to grab something to eat. As we were devouring our delicious food, we were also chatting with each other, getting ot know one another. During this time, one of the girls asks how many siblings I have. A simple question, right? Well, not for me, at that time. I looked up in shock and a flurry of thoughts flew through my mind.

See, up until this point, I was surrounded by people who either already knew how many siblings I had and/or knew my brother had passed. So I wasn’t asked that question, and it didn’t cross my mind that I would be asked that question. HOW was I supposed to answer without dampening the entire mood? Do I say I have two siblings? Do I say I HAD two siblings? do I say I have a sister and had a brother? I didn’t want to get into talking about it with a stranger either, so I had to be strategic about how to word it. Of course all this is taking time and the girl who asked the question is thoroughly confused. Literally anyone would agree, it’s not a hard question to answer.

And that’s when she says while laughing nervously, “It’s not that hard of a question to answer…” and in that moment, tears spring to my eyes. I don’t like crying, and I especially don’t like crying in front of people. Especially those that I don’t know. So I immediately excused myself and headed to the shop connected to the restaurant.

Later, I found out my friend explained the situation to the girl and she dropped the subject. Although it was a super awkward and uncomfortable first encounter with each other, it didn’t prevent us from hitting it off for the rest of the trip.

My second encounter occurred when I took a trip to Japan in 2017, during Thanksgiving week. Approximately two years after my brother passed and one year after my aunt passed. Our group had hopped on a train, and I can’t exactly remember which city were were coming from and which city we were going to. But I do remember looking out the window trying to take in all the beautiful scenery. I still couldn’t believe I was in Japan and I didn’t want to miss any of it.

All of a sudden, a cemetery came into my line of vision and disappeared within two blinks. But that was enough time to cause my heart to start racing and to find tears springing to my eyes. Can you believe I hadn’t seen a gravesite since my aunt passed? I remember turning away from the group I was with so they wouldn’t see my tears. I didn’t want to have to explain anything. My throat was closing up, and the harder I tried to hold those tears, the harder they seemed to want to break through. My friend caught my face before I pivoted, and immediately knew what was going on. She didn’t draw attention to it at all, but discreetly squeezed my hand and asked later if she could do anything.

Tips to Consider for Grief During Travel

In November, it will be the 6th anniversary of my brother’s passing. They say it gets easier with time, and I guess to some degree that’s true. But I think it’s more so you figure out how to function over time. Five whole years have passed and it’s still so surreal to me – it doesn’t make any sense. The finality of death is something my mind cannot comprehend. Dealing with grief is never easy. Everyone handles their emotions differently, so just be kind and patient while people navigate that treacherous landscape. Here are some tips you may want to consider using if you know you may have a bout of unexpected grief creep up during your trip:

I hope you know you’re not alone in dealing with sudden onsets of grief, especially when what you’re doing is supposed to be a joyous thing. Travel is joy for me, but both emotions can be experienced in the same trip – and even simultaneously.

Do you have any other tips for dealing with grief during travel? Or dealing with grief in general? I’d love to hear what works for you. As always, thanks for reading! This post was a little harder to write, as I had to go back to those moments and experience uncomfortable emotions. But if it even helps one person, it was worth it <3