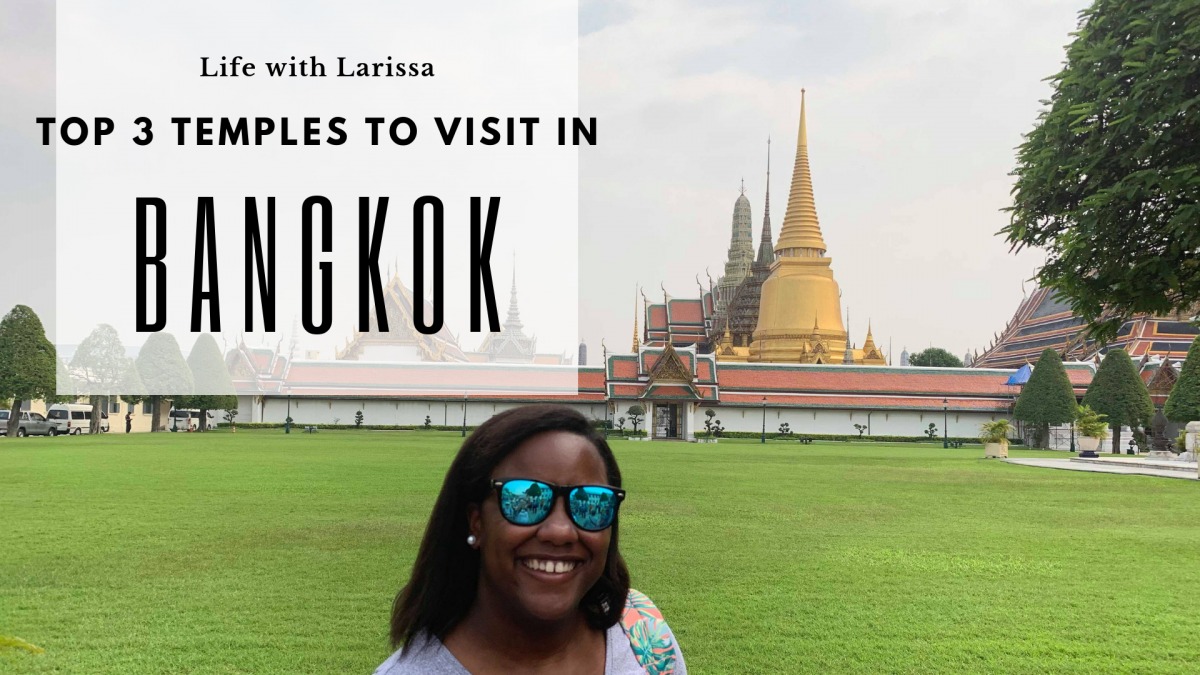 Named as the top tourist destination city in the world, Bangkok welcomes more than 20 million visitors each year. People are attracted to the diversity the city has to offers. Although we did not have a lot of time to explore everything we would have liked, we were able to see some of the more popular temples.

With the official religion of Thailand being Buddhism, and approximately 97% of the population identifying as Buddhists, it’s not too surprising to learn that there are over 30,000 temples in the country. Bangkok specifically is home to a little over 400 of these temples. Each one is unique and has its own characteristics and personality.

Bangkok’s most popular attraction is the Grand Palace, and it’s easy to see why. Opulence and extravagance are understatements when it comes to talking about the Grand Palace. Ornately decorated in gold, gems, and jewels, this palace is actually a complex consisting of two main zones. One zone is dedicated to the Temple of the Emerald Buddha, while the other is known as the royal residence. Although the royal family no longer lives here, it is still used for hosting royal ceremonies and welcoming important guests!

Wat Arun, known as the Temple of the Dawn, is one of Thailand’s most picturesque temples. Made up of 5 towers, the temple has the most impressive view at sunrise and sunset. The tiny pieces of colored glass incorporated into the temple’s design create breathtaking views when the sun hits them just right.

Wat Traimit is home to an 18-carat gold Buddha. The sacred statue is the biggest of its kind in the world, weighing a whooping 5 tons. It was hidden for almost 200 years under a concealing material, before being accidentally discovered. During transportation, the statue was dropped, creating a chip in the material and exposing the gold underneath.

Bangkok was a whirlwind, and I truly wish we had more time to spend exploring. Unfortunately a lot of our time was spent in traffic, and I know I’m going to have to go back to really take in the city. Have you gone to Bangkok before? What else would you add to the list of things to do? If you haven’t been, is Bangkok on your bucket list? I’d love to hear your thoughts! As always, thanks for reading!