Want to find out why these two places are currently my dream destinations? Trust me, it’s not what you think! 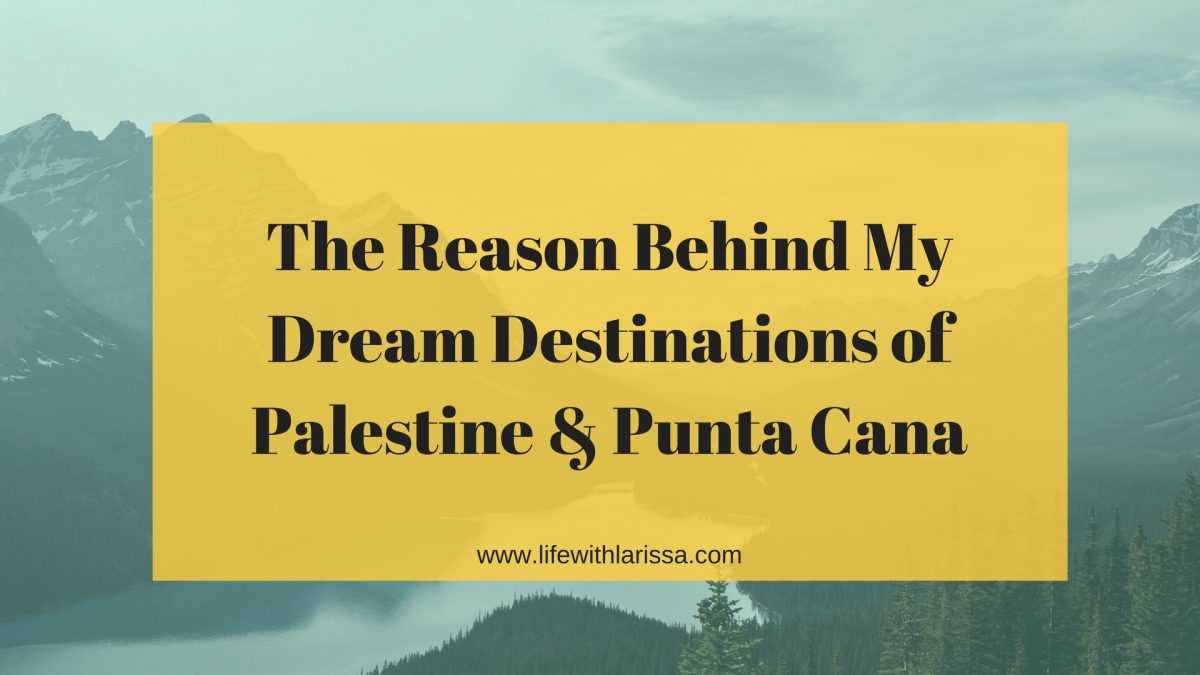 Everyone has a dream destination: a city, a country, a landmark, or a resort they’d love to visit sometime in their lifetime. It’s a dream because frankly, it seems impossible that it could ever happen. It’s either too far away, too expensive, or too inconvenient at the time. There’s always going to be an excuse why, and sometimes it might even be a valid one. But we know that some dreams do come true, so don’t stop dreaming!

With every destination, comes a reason as to why one wants to visit. The culture.

The people. The food. The attractions. The festivals. Each person knows their own reasons as to why they want to go. There could be one major reason, or a million small ones. It could be a sentimental reason, or one as simple as ‘It seems like a cool place to go.’ Whatever the reasoning why, I believe it’s the foundation of travel. To experience something new. To share a beautiful memory with someone. To live with no regrets. To open our mind and our hearts to something different. Because whatever the reason, you’re bound to learn something along the way!

My current dream destinations are Palestine and Punta Cana. Why do I want to visit? Not for any of the reasons that you’re thinking right now. Of course I’d love to see the sights, converse with the people, experience the culture, and sample the foods; however, the main reason they came on my radar in the first place is because of my love for Spongebob! I bet you don’t believe me right now, but I promise you it’s the truth!

I can’t even even tell you how long I’ve loved Spongebob. I have so many Spongebob trinkets sprinkled throughout my life: shirts, towels, pants, boxers, underwear, a magnet board, shot glasses, a placement, and much much more. I find most Spongebob memes and/or jokes hilarious, and I deeply appreciate when other people get the reference as well! I can quote basically every episode {except the new ones for now}, and I’ve been gifted a Spongebob pinata…during my senior year of college! So as you can see, my love for Spongebob runs rather deep. But anyways…onto the cities of choice inspired from this entertaining sponge.

First up: Ramallah, West Bank, Palestine. This country boasts such a rich history, and that

in itself should be enough to make one want to visit. I’m a bit embarrassed to admit the history was not what drew me to this country. Did you know Palestine is home of the one and only Krusty Krab restaurant featured in the Spongebob series? After years of watching the Krabby Patty being consumed, of course I’d jump at the opportunity to try one for myself.  Not only does this restaurant have the interior and exterior decor almost identical to that of the show, but they also have the characters there as well! After doing just a bit research, I grew more and more interested in visiting the country, outside of just the Krusty Krab {although when I do visit, that’s going to be my first stop}!

Now Punta Cana, Dominican Republic. I’ve always heard great things about this city, but it never really had quite made the top of my lists. At least, not until I heard Nickelodeon has a resort on the island that features a Pineapple Villa, which boasts a Spongebob themed accommodation. The decor is a direct inspiration from the show. Not only does it look amazing, it comes with amazing features, such as an infinity pool and butler service. I looked up how much it would be to stay there, and the only way that’s happening is if I win the lottery, if I find someone super rich to sponsor my trip, or if I win a trip from the resort itself. Crazier things have happened though, so I’ll keep dreaming until it becomes a reality!

How freaking cool would it be to eat at the Krusty Krab, and to stay in a Spongebob themed villa? To me, that would be a dream come true!

*When I looked up the Krusty Krab- Palestine on Trip Advisor, I came across another Krusty Krab located in Moscow, Russia so I guess I’ll have to add that to my list of dream destinations 🙂