Languages are an interesting and captivating part of a culture. Come learn how language plays a role in my life! 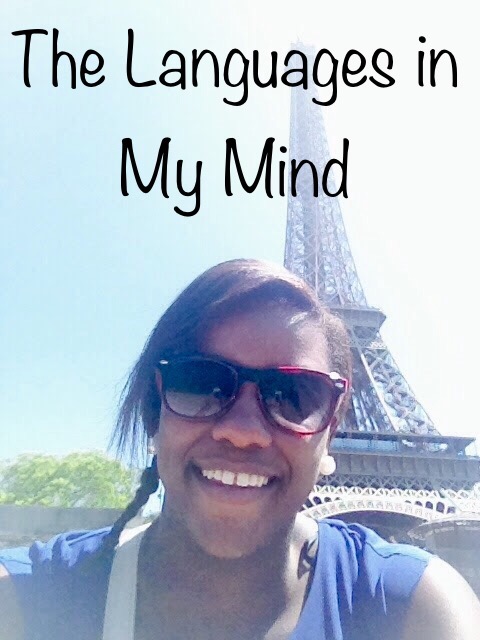 I am constantly amazed at how many different languages and dialects exist in the world. Some are easy to start understanding, while others seem to make no logical sense. Of course what languages you believe fall into which categories depends on your native language, and your ability to pick up languages.

When people first meet me, they assume that I was born in the United States, and why wouldn’t they? I currently live in the U.S., I speak English, and I don’t have an accent. But what most people don’t know about me is that I was born in Haiti. I moved to the U.S. at a very young age; so young that I started going to Pre-K and kindergarten in the U.S. Although I was raised in America, I was raised in a Haitian household; and trust me, this makes a huge difference.

English was not my first spoken language, but my first written language. People have a hard time believing that, but it’s true. In Haiti, the main spoken language is Creole; therefore, that’s the first language I learned. Since I was attending school in the U.S., I also grew up speaking English. And at the same time, I was unknowingly learning some French as well.

In eighth grade, I took my first French class, and the rest is history! Haha…just kidding. I actually had some trouble at first. I could not separate French and Creole in my head. The two languages are very similar; however, contrary to what I believed, they are not interchangeable. I would get words and pronunciations mixed up all the time. If I couldn’t remember the word in French, ah, I’d just use the Creole word. No one would know the difference. False. I quickly realized I had to change my approach for learning French, and that made it a little easier. I ended up taking way more classes after that, which resulted in my minor in French. I love learning, experiencing, and listening to the French language. The musical rise and fall of the language makes listening to it sound magical. I experience a burst of confidence when native French speakers tell me that my French is really good, and they wouldn’t know that it was my third language.

Sometimes it’s weird for me to think that my mind can process three languages. Sure, depending on who I’m talking to, I may use all three languages in one conversation, or even one sentence. I’ll stumble, and I’ll falter. And I’m definitely not perfect in any language. But despite all this, I love the fact that I have three languages in my mind!

Do you speak more than one language? If so, what are they? If you speak only one language, what language{s} would you like to add to your bank of knowledge?

Let me know in the comments! Thanks for reading 🙂

16 thoughts on “The Languages in My Mind”