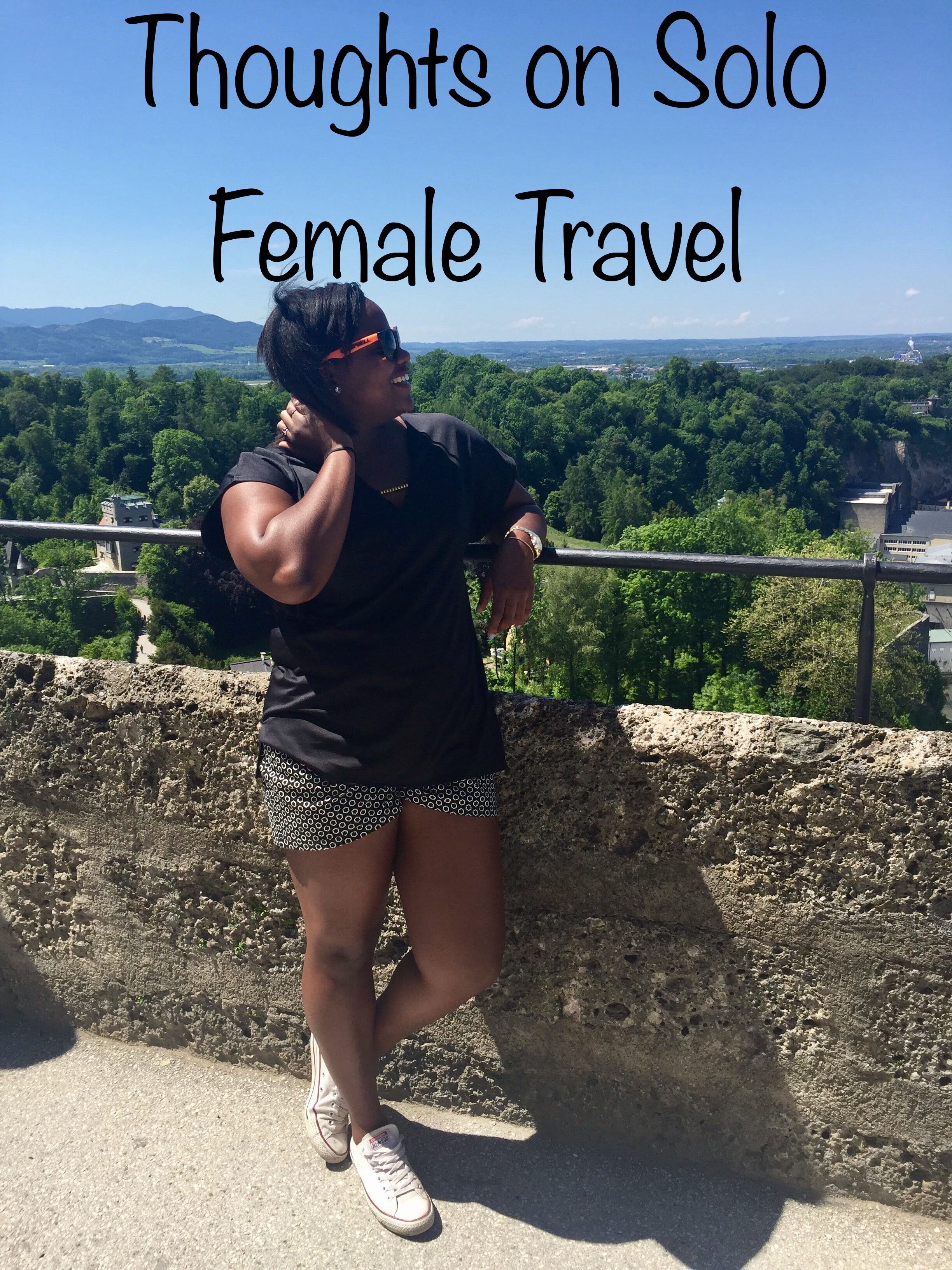 Whenever I personally talk to someone about travelling solo, whether it’s about me or another female, it’s about a 95% guarantee that the movie ‘Taken’ will be brought up. For those of you who haven’t seen the movie **spoiler alert**, the simplistic summary is a girl and her best friend who travel to Europe together, get kidnapped, and then get sold into human trafficking. The main character’s dad is a retired agent, so he has all these skills that help him track down his daughter. Unfortunately, it was too late for the friend.

It’s important not to downplay the importance of the movie, because it definitely brought to light these horrific situations which of course occur; however, it’s important to note some precautionary steps to minimize the likelihood of this happening.

When you go out and you’re sightseeing, it will most likely be obvious that you are alone, but that doesn’t mean you travelled alone, or are staying by yourself. For me, this brings to mind an instance that took place on my way to Italy via train. A young man sat next to me and we got to talking. He soon found out this was my first trip to Italy, and he thought aloud maybe he should follow me to Rome so he could show me around. Obviously I was creeped out, and informed him that I was meeting someone. He deduced that it must be my fiancé, and I did not correct him. This isn’t to say this person had malicious intent, but I didn’t let it get to the point where I would have to find out.

Don’t disclose where you are staying.

I’m sure this one is common sense, but I’ll still mention it. When I travelled solo, I used Airbnb for the most part. When individuals would ask me where I was staying, I wouldn’t be lying when I would say I don’t know how to describe how to get there, for I would get back based on landmarks that I deemed important or stood out to me, not necessarily to any other person. (i.e. At the house that looks like mine, turn left. Or ‘this looks familiar, turn here.’) There was one time I broke this rule, when I was having a lot of trouble finding my hotel in Paris and a fellow Parisian helped me find it. It turned out well for me, and we ended up spending the day together, but I was still cautious.

Be aware of your surroundings at all times.

Since you are by yourself, you won’t have someone to watch out for you or your belongings. This is obvious, I know, but it’s also very easy to forget. To my knowledge, I have never been pickpocketed (knock on wood), but I would also describe myself of hyperaware of myself and my bags. If I’m wearing a backpack, I don’t put any important documents in any easily accessible pockets. For the larger pockets, I put the zippers on the same side, for I’ll be more likely to feel it if someone is trying to unzip. In a more crowded area, like on the metro/subway, I may even switch my bag to my front because I may not be able to discern from innocent bumping or attempts to get into my bag. If I have a purse, it’s usually a crossover bag so that way it can’t get pulled off from someone running past me from behind. I also make sure to have a hand covering the top of the bag as well.

Know where you’re going…even if you don’t.

Make sure you know where you’re going, even if you have to fake it. I’ve had multiple people confuse me as a Londoner or Parisian while I was in Paris, because I gave off the sense that I knew what was going on, even though I usually don’t! Even if I realized I was walking in the wrong direction, I would make it seem like I walked down that street so I could check out a store, or the price of something through the window, then I would turn around. Don’t stop and stare at a map in the middle of the sidewalk or street. If you must look at a map, or anything for an extended period of time, find a wall and push your back up against it. That way no one can sneak up on you.

Use common sense and trust your instincts. If something doesn’t feel right, it probably isn’t. Trust your gut. If something is telling you to not share a taxi with a stranger, by no means should you feel obligated. Don’t get so intoxicated that you don’t know what’s going on around you. Don’t stay out super late at night by yourself or with strangers. Don’t be scared of saying no, if you don’t feel comfortable with whatever is being asked of you. A stranger once asked to use my phone to call his lawyer, stating it was an urgent matter. I told him that I didn’t have any phone service, so I wouldn’t be of much help. I had previously read that people try to take advantage of tourists by asking to use their phone, then running off with it; however, had I not read that, I still would have declined him. The fact that he needed a stranger’s phone to contact his lawyer, implying that he had the lawyer’s number memorized, was a massive red flag. Also, there were times where I would text my friend saying, ‘If I text you in the next 5 minutes, then I’m in a lot of trouble!’ Thankfully, I never had to text for that reason, but it’s important having someone you know familiar and up-to-date with your itinerary. I think females should be able to travel anywhere, at any time without feeling the need to be accompanied by a male companion.

Travel in a group. Travel with a friend. Travel by yourself. But let that be YOUR decision. Don’t let society or fear make that decision for you.  Don’t let something or someone make travelling alone a non-option. We don’t need to limit our options just because of our gender. And the next time someone brings up the movie ‘Taken’ when you’re discussing travelling solo, you let them know, you are more than capable of taking care of yourself. Take the proper precautions to ensure your safety, and I’m sure you’ll have incredible stories to share!

18 thoughts on “My Thoughts on Solo Female Travel”