Most people in the U.S. take cruises to either the Eastern or Western Caribbean, or to Alaska. Marissa and her family decided to go on a European cruise. Come find out what countries they stopped at, and what she thought about her trip! 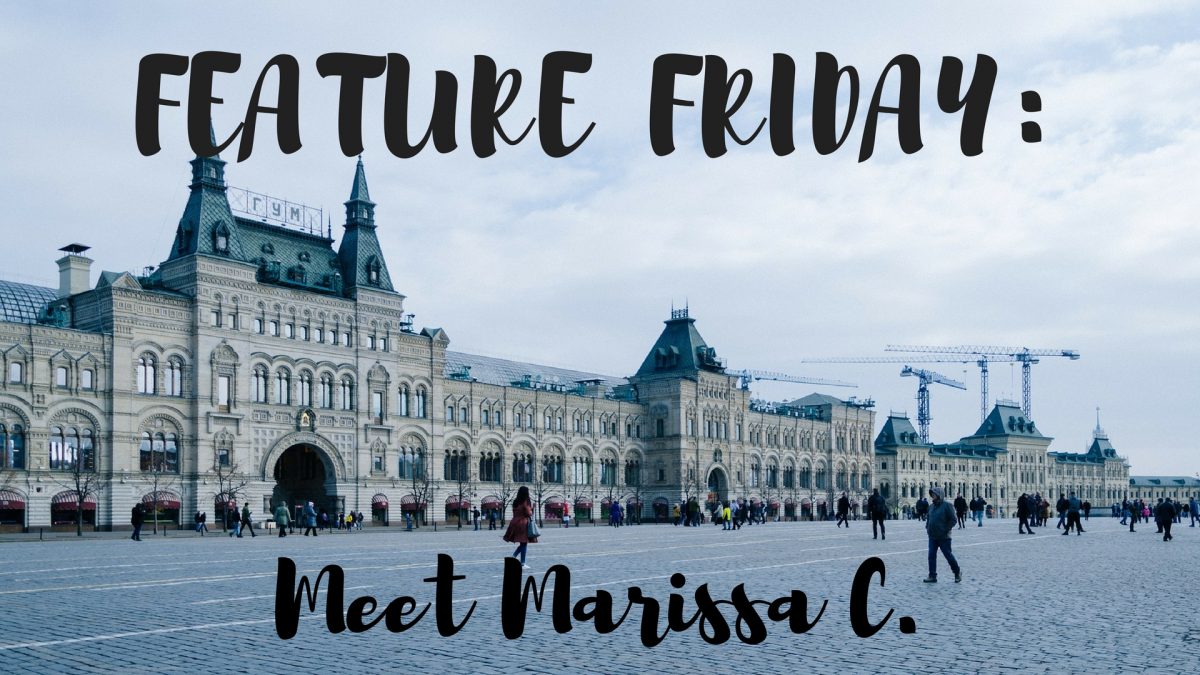 Marissa and I go way back to my freshmen year of college. We met through swimming, as we were both on the swim team, and we hit it off immediately. We are similar in so many ways, we found it hilarious. After discovering the many ways, we concluded that we must have been separated at birth, and we even convinced someone that we were twins. One of the many things we share is our passion for travelling! Marissa has travelled to all sorts of places via car, plane, train, and boat. Her most recent trip was on a cruise. Come see what she has say!

1. What is your name and age?
My name is Marissa and I’m 24 years young. I’m a coffee addict, foodie, travel junkie, hygge fan, and total nerd. 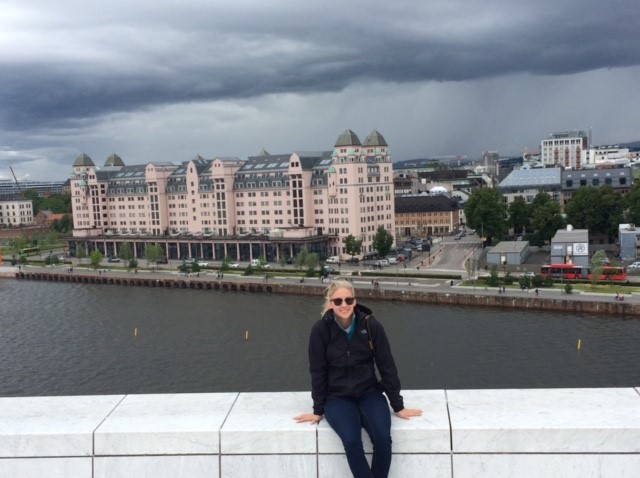 3. Which city{s}/country{s} did you recently travel to?
My most recent international adventure was on a Scandinavian cruise with my family. We traveled to Germany, Denmark, Norway, Sweden, Finland, Estonia, and Russia.

5. Why did you travel to these countries?
I’ve always wanted to visit Scandinavia and Russia for years. I’m fascinated with Russian/Eastern European history.
I had to visit Denmark, Sweden and Norway because they were rated the happiest countries in the world! They also have the world’s leading sustainable solutions – wind turbines and bicycling being at the top of the list.

6. What native dish was your favorite to eat?
That’s pretty difficult because I didn’t have a bad meal. I’m a foodie, so I get recommendations and hunt for the best spots weeks before I go anywhere.
My favorite – Copenhagen Street Food is located on Papirøen (“paper island”, pronounce “papir-øen”), right across the harbor from Nyhavn. The actual food stalls and trucks are located inside a big warehouse-like structure. There’s plenty of seating, but it’s crowded! I was told I needed to try a place called Copper and Wheat, and it may have been the best decision of my life. The double-fried duck fat fries are God’s gift to this city. They are cut right on the spot from fresh potatoes, and then fried twice in duck fat, which makes them unbelievably crispy and overall delicious. I ordered fried chicken and the famous fries…no regrets. I was lucky enough to talk to one of the owners, Alexandre Fristot who is originally from France (yes, I tried to speak to him in French.  Yes, it was an Epic fail). He was so down-to-earth and had a genuine compassion for his food. I could easily do a whole blog about this place, but I’ll spare you from any more details.

7. What was the most unique thing you ate?
While we were visiting Tallinn, Estonia my family decided they wanted to try a local brewery in Old Town. My brother and I saw this as a great opportunity to bail and cause some mischief.

A local talked to us about a legendary Russian pancake pub called Kompressor. The gentleman gave us directions in a language that most definitely was not English. Eventually we found it, and it was a sight. There was one small sign, bars on the windows, and one ugly concrete building. This place did not match the beautiful and vibrant town that we had seen a few moments earlier. I don’t discriminate, so I walked in hoping for the best. Inside were all locals with the exception of one other family of Americans (yeah…we stick out). The decor was tired and shabby, and the counter service was beyond rude. Luckily the pancakes (more like Crêpes) were large portions of deliciousness!

We also had a few unique foods in Russia. My favorite was called “Borscht” also spelled “Borsch”. It’s a delicious warm soup made by combining meat with sautéed vegetables, which – as well as beetroots – usually include cabbage, carrots, onions, potatoes and tomatoes.  I loved it but my family couldn’t say the same.

This Snapchat photo doesn’t give our Russian style pancake justice.

8. What was your most unique mode of transportation?
My transportation methods consisted of a cruise ship, Uber, subway and tour buses. I don’t have the best sense of direction so public transpiration was always a little stressful.

The Saint Petersburg subway stations are a magnificent work of art. When you get off the train you will see statues, mosaics and golden carvings. I was told each station has its own meaningful story to tell.

I never fully understood what UberPOP was supposed to mean, I guess its Danish UberX. My brother and I were fascinated that they had an UberBIKE option. 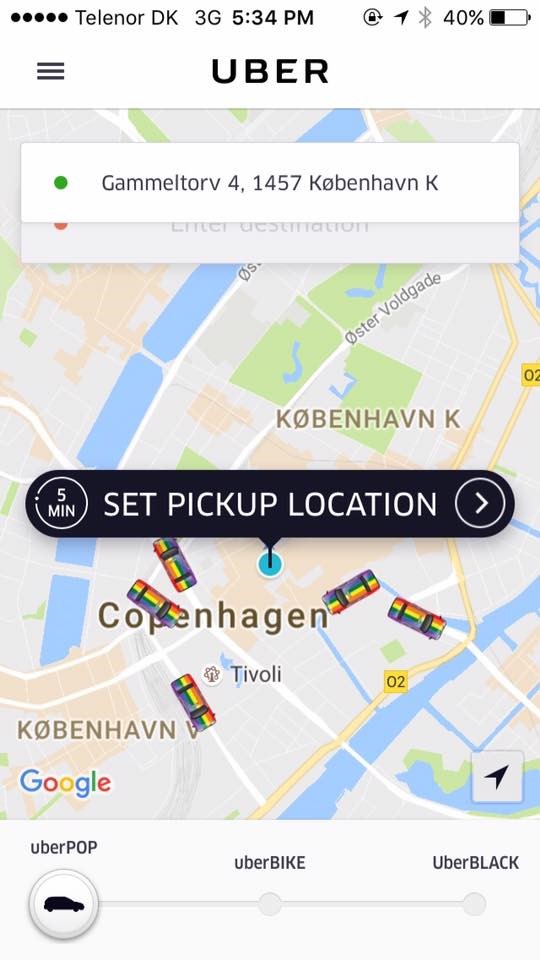 9. What was the weather like during your trip?
The weather was not ideal. It was approximately low/mid 50s°F and overcast most of the time. I was wearing the same rain jacket almost every day.

10. Where was your favorite place to go out of all the cities/countries you visited?
Espresso House! It’s basically the Scandinavian Starbucks. I made frequent visits, especially when I was recovering from jet lag. 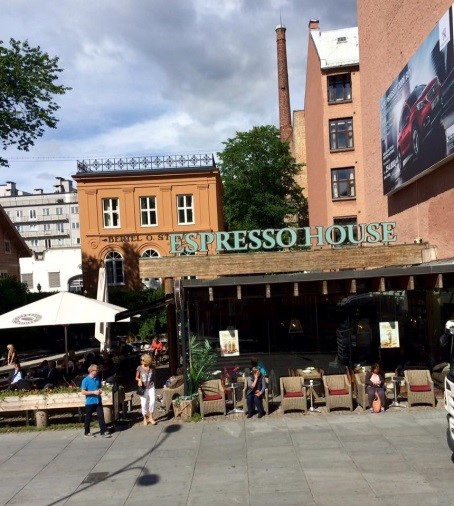 11. What was the best part about your trip?
The entire trip was amazing but I wish I could have spent more time in St. Petersburg, Russia.

The highlights: Hermitage Museum, Saint Isaac’s Cathedral, Church of the Savior on Spilled Blood and the Winter Palace.

It’s such a charming and beautiful city, and it’s reasonably priced! I found people watching to be incredibly amusing while in the city.

12. Did you learn anything during this trip?
Don’t skip out on the smaller or less popular countries. They will most likely surprise you the most!

13. How do these countries compare to the U.S.A.?
The Scandinavian countries have a lot of similarities with the U.S. The culture is westernized and almost everyone speaks English. Even the clothing trends remind me of urban D.C. I felt very safe and everyone was extremely friendly.

Russia had a whole different culture where most people don’t smile and the overall vibe felt bitter/cold (although, the few Russians I talked too were welcoming and had nice things to say about the U.S.). It seemed the younger generations knew a decent amount of English but a majority of the population probably only knew a few words.

Nyhavn (“New Harbor”) is like Copenhagen’s Times Square – all the tourists flock to it.

14. If someone else was going to these countries, what advice or tips would you give them?
Bring a rain jacket and dress in layers. You never know what the weather will bring. Also, as a rule of thumb, don’t use your credit card in countries you need a visa to visit (in my case, Russia).

15. Do you have any more travel plans lined up? Where to next?
Peru in September! I’m beyond excited. My mom and I are flying into Lima and making our way to Cusco where we will tour Machu Picchu.

16. Anything else you want to share about your trip?
I never mentioned Oslo, Norway so I need to give the Norwegians some love. If I had to pick one place to stay for a remainder of my life it would most likely be Oslo (Copenhagen a close second). I have the best memories of walking around Tjuvholmen and not wanting to leave. I never thought a place could be so peaceful, yet urban. We visited the Vigeland Sculpture Park, Viking Ship Museum and the Royal Palace.

Overall, it’s not cheap – but it is bustling, bohemian and beautiful.  Oslo basically defines Nordic cool. 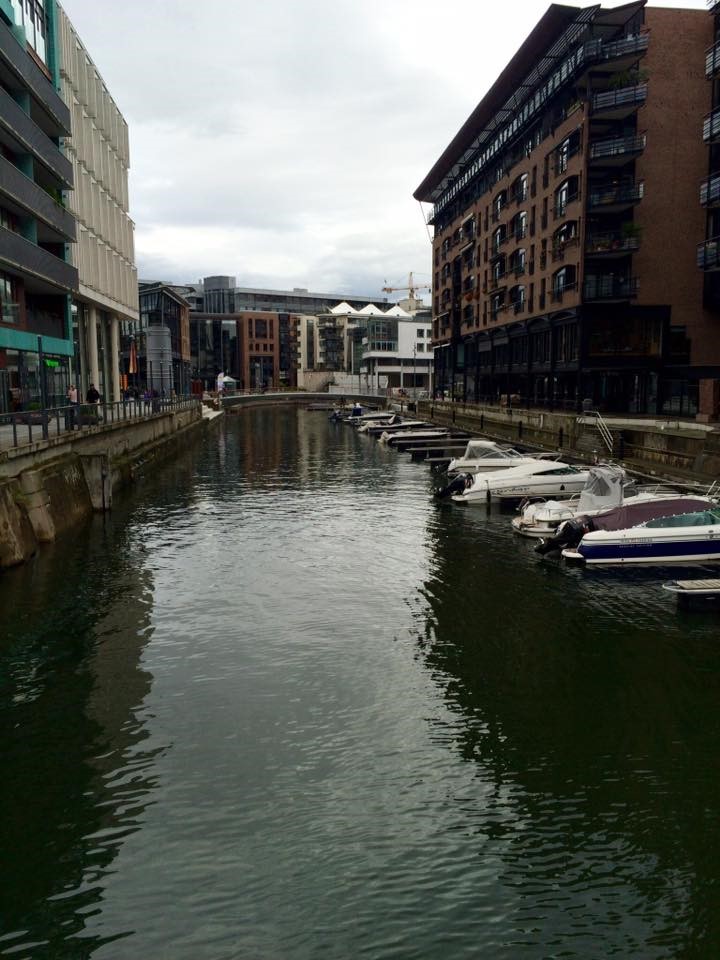 Thank you Marissa for sharing your trip with us! It sounds like you had an amazing time. You’ve definitely increased my interest in visiting these countries. Maybe I’ll have to follow suite and also visit via cruise! Hopefully we’ll see you back here to read about your trip to Machu Picchu 🙂

Have you ever been on a Scandinavian cruise or visited any of these countries? What was your experience like? If you haven’t been, which country would you like to visit the most? Let us know in the comments!