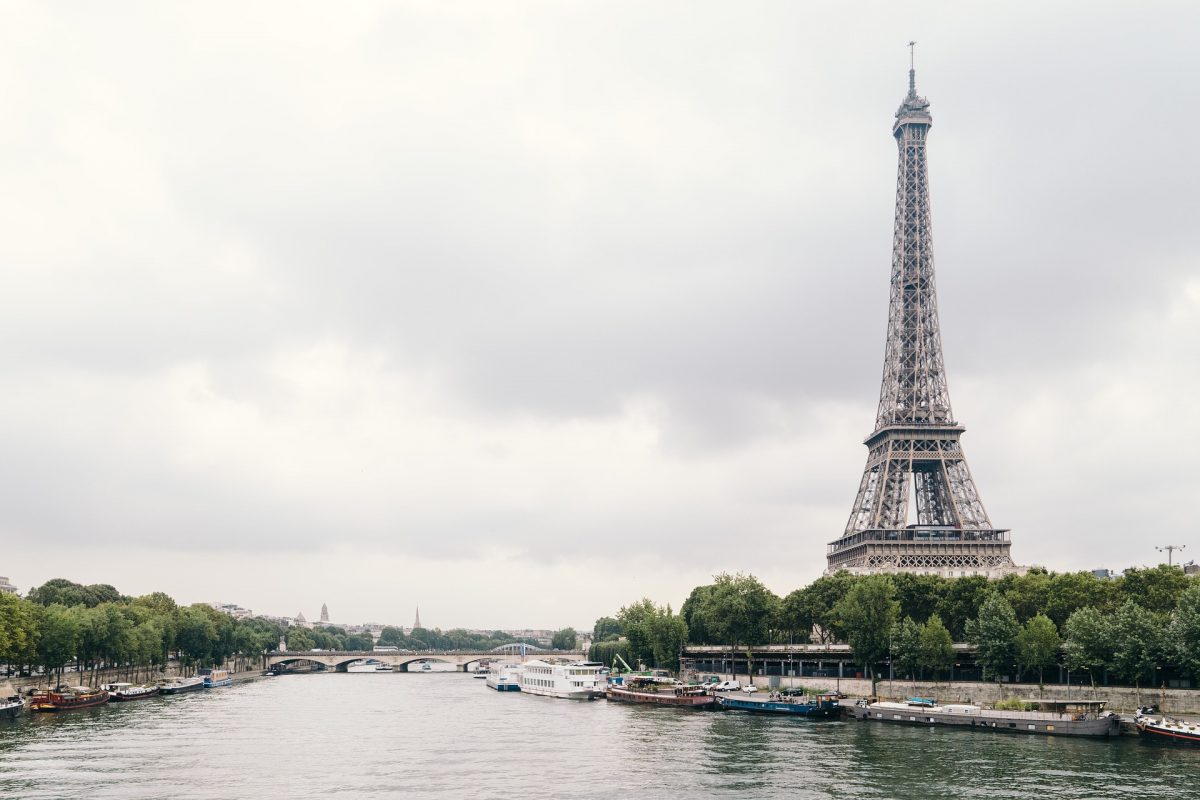 Several years ago, I was introduced to my favorite city and I immediately fell in love. Here’s proof! I was immersed in a completely different world of sounds, sights, and tastes. I didn’t ever want to leave. Honestly, I texted my parents and let them know that I planned to move to Paris.

Even on cloudy days, Paris still impresses me. Sure, I love the city for all the cliche reasons you can think of, but for other simpler reasons as well. I love listening to the rise and fall of the French language. I love seeing people sitting at outdoor cafes, enjoying each other’s company and a cup of coffee. I love how easy it is to get around the city. I love how fresh and amazing the food tastes. I love the way I feel when I’m in Paris. Although I’ve visited this amazing city three times, I’m always stating, take me back to Paris!

I honestly can never get tired sharing my experiences in Paris. I’ve done the super touristy things like the Eiffel Tower, the Catacombs, the Louvre, Notre Dame, and Sacre Coeur. And you can read all about that here! But for me, Paris is so much more than that.

“Just add three letters to Paris, and you have Paradise.” -Jules Renard

Whenever people talk about visiting France, one of their main concerns is interacting with “those rude French people”. Of the three times that I’ve been to France, I have yet to find evidence that strongly supports this sweeping generalization. This could be for various reasons, but I’ll share some tips if you’re nervous about meeting the French:

Just remember, you find rude people everywhere. Go with a positive attitude and an open mind, and I’m sure you’ll find people are more willing to talk to you and help you out!

The food is simply scrumptious. Everything is so fresh and so delicious – whether I was grabbing something from one of the street carts, or sitting down at a nice restaurant. Part of the Parisian experience is definitely immersing oneself in the various culinary delicacies the city has to offer. Of course you have to try the escargots, the crepes, and the macarons. Order things you wouldn’t normally try at home. Who knows?! You may be pleasantly surprised and discover your new favorite dish!

“Breathe Paris in. It nourishes the soul.” -Victor Hugo

Paris has a certain ‘je ne sais quoi’ that keeps drawing people from all around the world to the city. It has a certain dynamic that is hard to explain. Even though Paris has the hustle and bustle of any major city, it also has a laid back vibe. You can choose which flow you’re feeling on which days. Some days I like to sit back and watch the liveliness of the city; other times, I like to jump right in and be a part of the excitement! Either way, I have the option to choose, and that greatly appeals to my introverted personality!

Personally, I believe that words and pictures don’t do the city justice. You’ll just have to go and visit one day to see if the city is for you! Maybe after you visit, you’ll be like me and you’ll start saying, “Take me back to Paris!”

Have you been to Paris before? What was your experience like? If you haven’t been to Paris yet, what are your impressions of the city? Let me know in the comments!

51 thoughts on “Take Me Back to Paris”